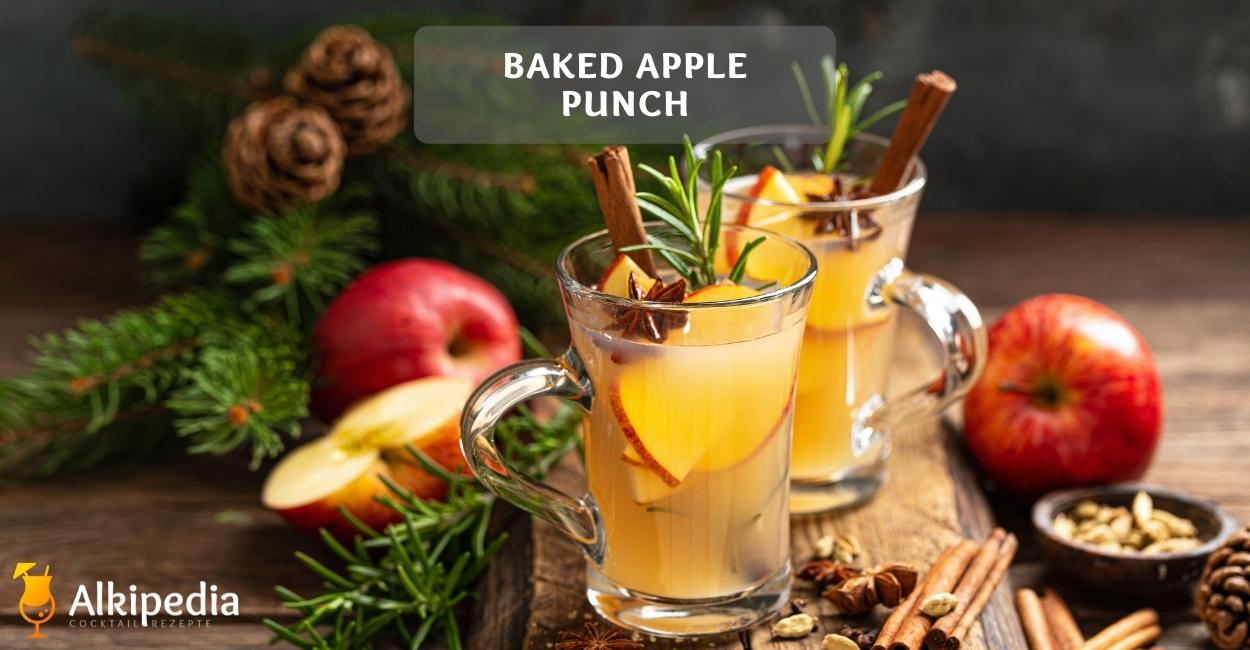 Bright colors, hot steam, cinnamon, cloves, and an aromatic scent of apples — this spicy baked apple punch is perfect if you want to bring the spirit of Christmas markets into your living room! This delicious punch consists of apples, apple juice, and a good shot. It provides warmth and coziness during the cold season.

Even if the various recipes show some differences concerning the ingredients and way of preparation: A baked apple punch usually consists of apple juice, apples, spices, and alcohol. The Christmas drink is quick and easy to prepare and guarantees a great mood, even if guests should decide to spontaneously drop by.

There are many tips and variations that we would like to recommend you try out!

To prepare a baked apple punch, you only need a few ingredients, an oven, and a large enough pot. Bake the apples in the oven first to ensure that they develop their full aroma — this adds the delicious baked apple flavor to the punch.

While the apples are cooking, heat up the apple juice, wine, and spices in a pot to form the spicy base for the baked apple punch. 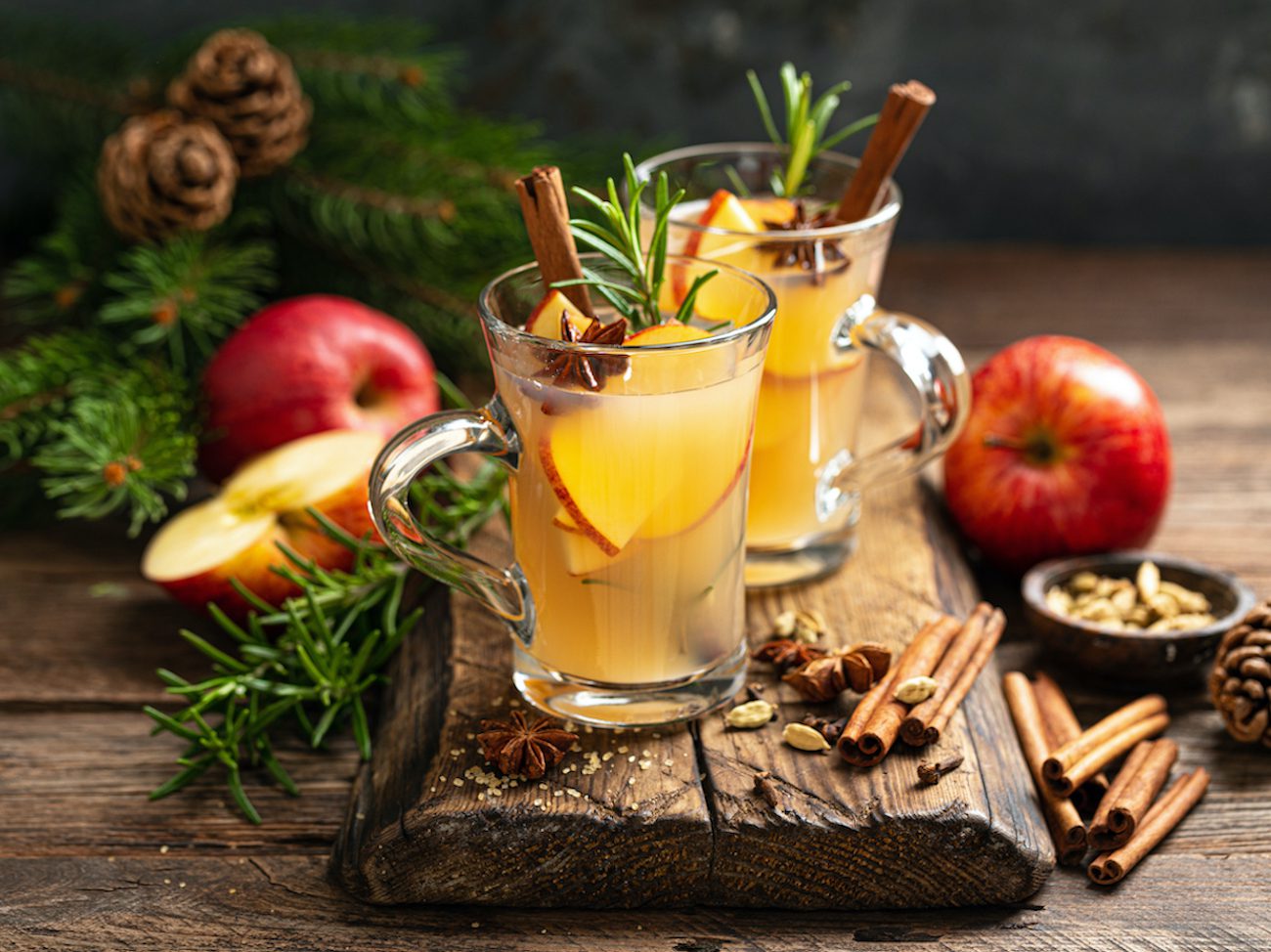 Serving: 6Glasses | Calories: 228kcal | Carbohydrates: 28g | Protein: 1g | Fat: 1g | Sugar: 19g | Proof: 6.8% vol
Have you tried the cocktail?Share it with us on Instagram by tagging us! @Alcipedia or with the hashtag #Alcipedia!
Share on Facebook Share by e-mail

Tips for the perfect apple punch

As we all know, visual appeal also plays an important role — so why not provide an impressive garnish? It gives the hot drink an elegant touch if the punch glasses are topped with whipped cream and dusted with a hint of cinnamon.

If you like, you can cut out stars from fine apple slices, sprinkle them with some lemon juice, and put them on the cream topping or directly into the punch. To give the baked apple punch a Christmas feeling, why not add a cinnamon stick or garnish the glass rim with a lemon slice?

If you want the baked apple punch to taste good, the quality of the wine is important. Of course, it doesn’t have to be one of the expensive variety — but you should still refrain from using cheap alcohol. Even if the punch contains many delicious spices, the aroma of the wine will still be noticeable.

Last but not least, make sure to remove the spices after the brew is done. Otherwise, they can become bitter and spoil the great flavor of the punch. Just use a small disposable tea filter so it won’t be a hassle to remove each spice individually.

Can the baked apple punch also be prepared without alcohol?

Yes, of course. Children at the party or a request for a non-alcoholic drink are no problems. Instead of alcohol, simply add the juice of three oranges and one lemon to the apple juice. Then add sugar to give the apple punch some extra flavor.

Can you prepare the punch without baked apples?

If you’re in a hurry and don’t have enough time to cook the apples, there’s an easy substitute: Instead of the baked apples, you can add between four and eight bags of baked apple tea to the brew. The amount and brewing time of the tea bags are according to personal preference. It is recommended to occasionally taste the brew until it has achieved the desired flavor.