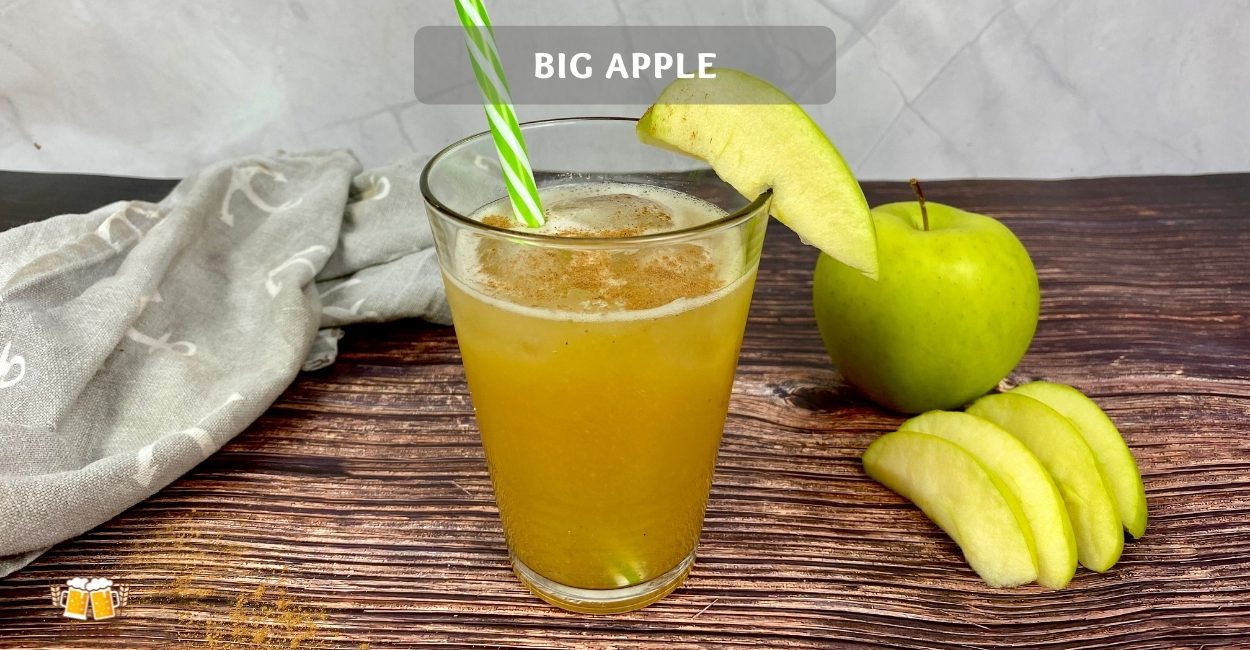 The Big Apple Cocktail: A real insider tip that is yet to be found on cocktail menus all around the world. But that is certainly not because of its delicious fruity apple flavor.

New York is the city that never sleeps. It is constantly reinventing itself, looking fresh and dynamic. Just like today’s cocktail, whose name was inspired by the city’s nickname: the Big Apple. Both apple Calvados, as well as the almond-flavored amaretto, perfectly round off the fruity flavor of the apple juice. With this drink, you can bring home a piece of New York.

Origin and name of the Big Apple Cocktail

When immigrants from all over the world came to the city at the beginning of the 19th century to improve their lives, it was considered a prosperous place where everyone had a chance to achieve everything. Then, in the 1930s, jazz musicians coined the phrase “there are many apples on the tree, but New York is the biggest of them all”. In other words, New York was considered to be the Big Apple.

Nowadays, it is impossible to find out who the first person to mix a Big Apple was or what the original recipe looked like. It was probably created around 1976 when the apple became the state fruit of New York. In fact, the region around NYC is the second-largest apple producer in the US. It would be an obvious choice to create a cocktail in honor of this fruit.

Everyone has their own Big Apple recipe

The cocktail spread throughout the U.S. and around the world, where it was adapted to suit each country and its conditions. That’s why there are countless variations, some with whiskey (like the Washington Apple) or vodka. But they all have one thing in common: they clearly focus on the flavor of the apple.

The taste of apple and matching flavors

Our version is very fruity. Still, the sweetness of the cocktail heavily depends on the taste of the apple juice and the applesauce. It is best to use juice not made from concentrate or make your own with the aid of a juicer. Whether you want the juice to be clear or cloudy is up to your personal preference. However, neither applesauce nor apple juice should contain any added sugar.

Serve the Big Apple well chilled for a fruity and sweet refreshment for you and your friends, even on warm summer days. 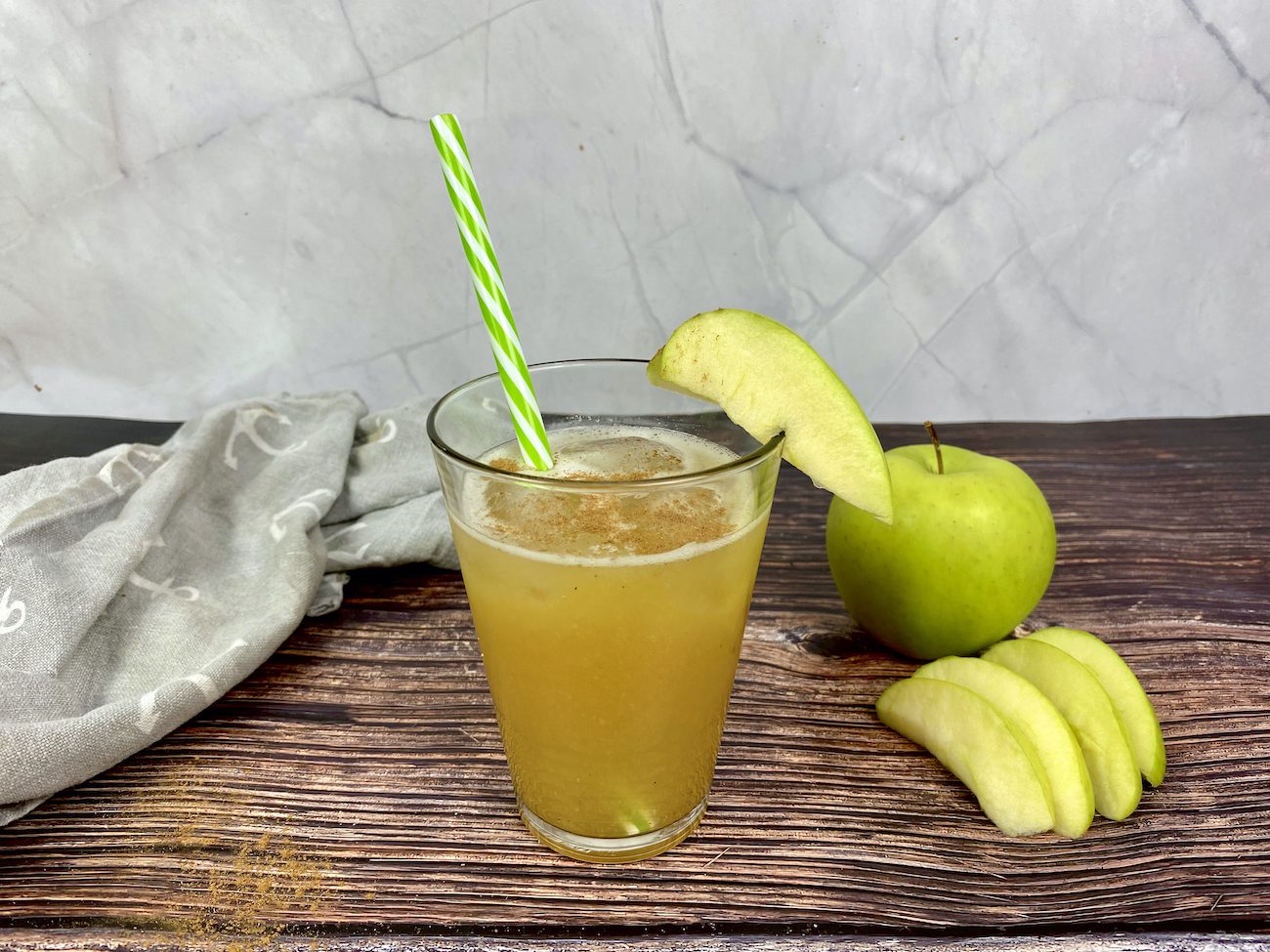 Calories: 261kcal | Carbohydrates: 22g | Protein: 1g | Fat: 1g | Sugar: 19g | Proof: 14.8% vol
Have you tried the cocktail?Share it with us on Instagram by tagging us! @Alcipedia or with the hashtag #Alcipedia!
Share on Facebook Share by e-mail

What type of glass should I use?

A nice, bulbous glass, reminiscent of the fruit, fits just as well as any other. You could serve it in an apple, to make the Big Apple even more perfect and extraordinary. Simply hollow out a crisp apple and rub some lemon juice on the inside to prevent the apple from turning brown.

Add ice cubes, strain the contents of the shaker over them, and insert a straw into the cocktail. You can purée the cut-out apple pieces and use them as applesauce for your next Big Apple.

How can I vary the flavor?

If you want the cocktail to be less sweet, you can replace the amaretto with apple cider, Calvados, or vodka. Or increase the amount of lemon juice until it suits your taste. You can also try blends with vodka, whiskey, and apple brandy, or leave out the cinnamon entirely.

Leon is a food blogger, nutritionist, and passionate cocktail nerd. He loves trying out new cocktails and sharing his creations. Jonas is also one of the founders and part of the editorial team of Alcipedia.com.
Mehr über: Leon Zeschke | Webseite
Post Tags: #Amaretto#Apple juice#Apple sauce#Apples#Calvados#Cinnamon#Ice cubes
Share:   Facebook Whatsapp E-Mail