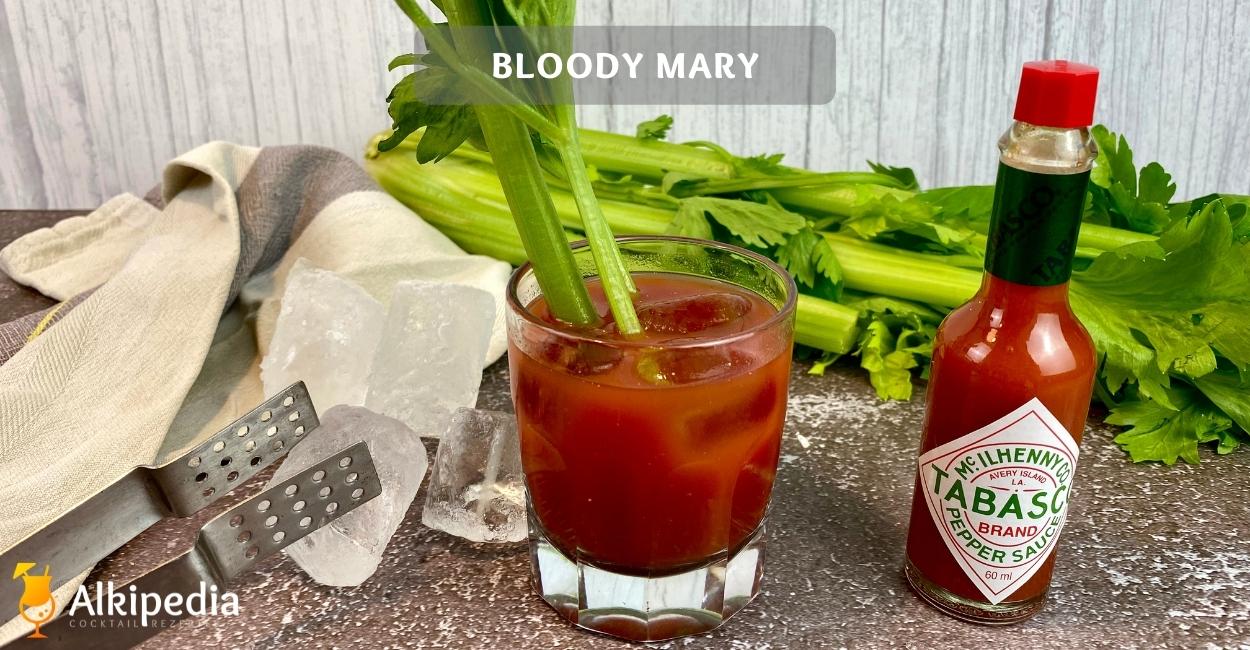 Bloody Mary is a legend among cocktails. A classic that everyone knows, but not everyone likes. In addition, it has countless origin stories. Officially, the cocktail belongs to the “Corpse Revivers” or “Pick-me-ups”.

So, you can bounce back after a night of drinking or just keep on partying with a Bloody Mary: The high nutritional value and the many minerals in this spicy cocktail make this possible.

Interesting facts and the origin of the Bloody Mary

No bartender in the world really knows the exact origin of this classic. The connection to Queen Mary I of England seems rather coincidental. In the 16th century, the Catholic monarch waged a fierce war against the Protestants, which earned her the nickname “Bloody Mary”. But the creation of the cocktail was about 400 years later, which makes this theory rather debatable.

Much more likely is the story of the barmaid named Mary. In the sense of the British slang word, the inventor of the drink was also called “Bloody Mary”.

According to another legend, Hollywood actor George Jessel invented the popular hangover drink in 1927. After a night of drinking, he supposedly mixed a leftover bottle of vodka with tomato juice, Worcester sauce, and lemon juice. Shortly after, he allegedly spilled his drink all over his girlfriend Mary Brown Warburton’s white dress. This caused the sullied lady to then shout, “Now you can call me bloody Mary, George!”.

At some point, people tried to rename the cocktail “Red Snapper” because of the insinuating and bloodthirsty name. But this did not catch on. 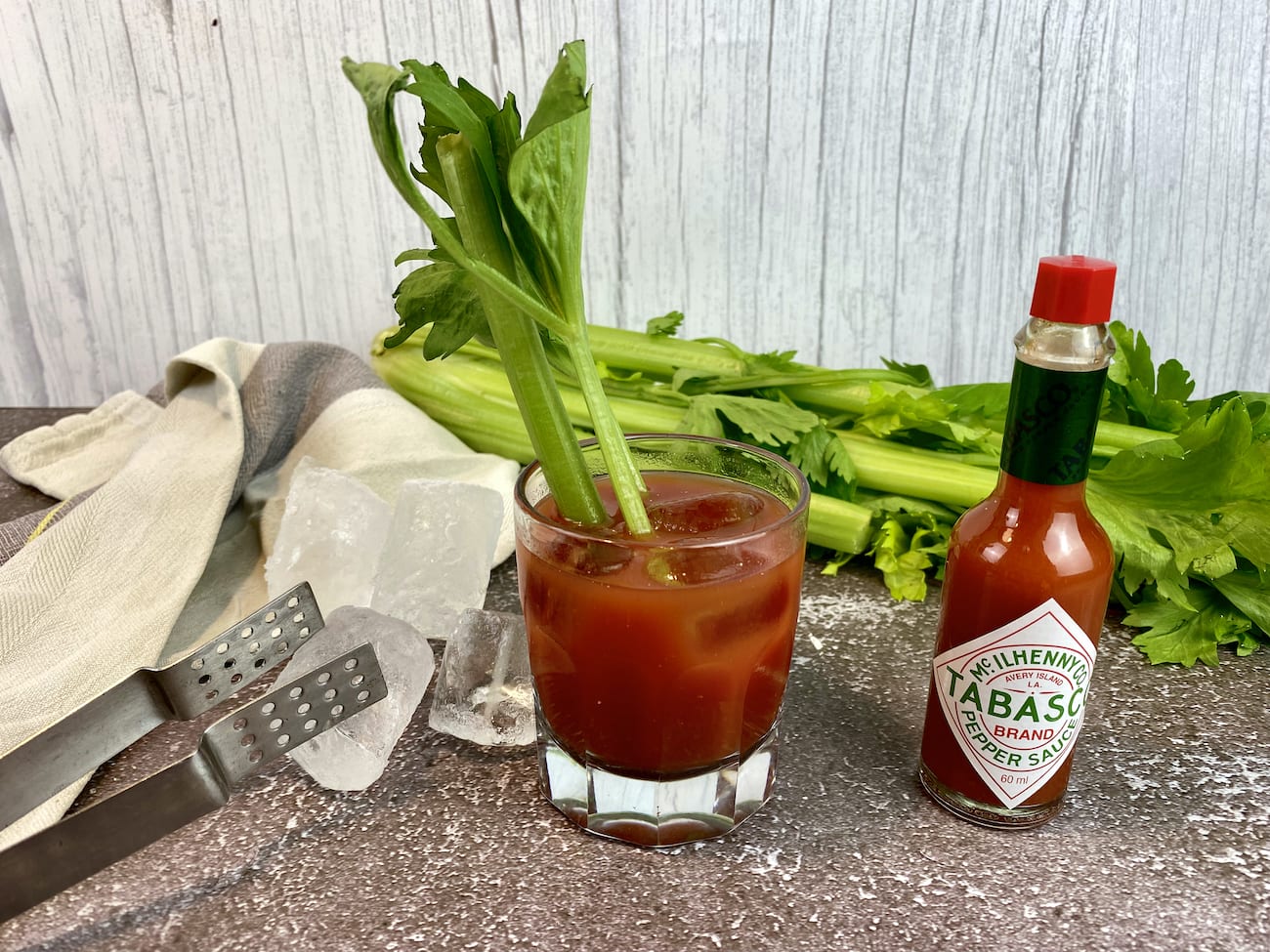 Serving: 1Cocktail | Calories: 138kcal | Carbohydrates: 7g | Protein: 2g | Fat: 1g | Sugar: 5g | Proof: 11% vol
Have you tried the cocktail?Share it with us on Instagram by tagging us! @Alcipedia or with the hashtag #Alcipedia!
Share on Facebook Share by e-mail

How many quantities of salt and pepper are added?

It depends on your preference and taste. If the tomato juice is already seasoned or salted, adding more seasonings may be unnecessary.

What is the perfect tomato juice for Bloody Mary?

Gourmets make themselves fresh tomato juice from their tomatoes, which takes a bit more effort but is definitely delicious as well.

Otherwise, packaged tomato juice is available in stores for healthy food and drugstores, with and without salt.

Tomato passata from the grocery store is often too sweet and thick for this delicious cocktail. Of course, it could also work if there are no other juice options. You could also pour the juice from a can of chunky tomatoes.

Leon is a food blogger, nutritionist, and passionate cocktail nerd. He loves trying out new cocktails and sharing his creations. Jonas is also one of the founders and part of the editorial team of Alcipedia.com.
Mehr über: Leon Zeschke | Webseite
Post Tags: #Ice cubes#Lemon juice#Pepper#Salt#Tabasco#Tomato juice#vodka#Worcestershire-Sauce
Share:   Facebook Whatsapp E-Mail