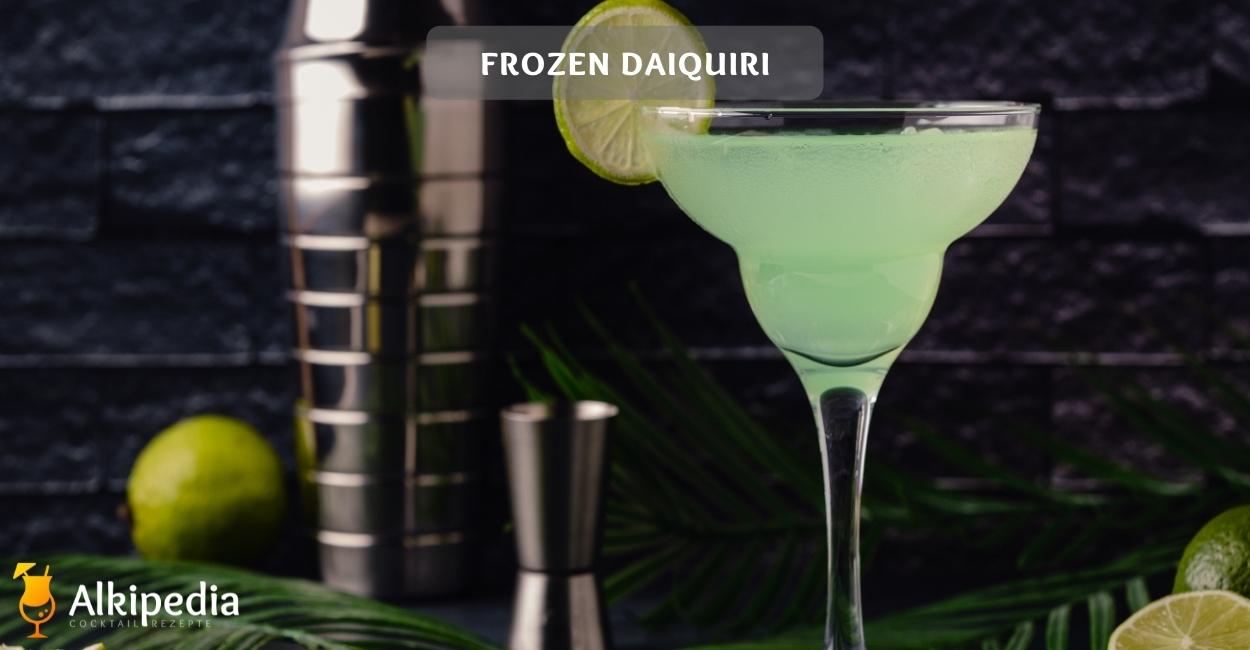 Rum lovers, watch out! Rum is the base of the daiquiri, which is why you should definitely give it a try, especially when it’s a semi-frozen Daiquiri.

Where does the frozen daiquiri come from?

According to legend, an American mining engineer named Jennings Cox invented the drink and named it after the Cuban city of Daiquiri. This happened during his stay in Cuba during the Spanish-American War.

Originally, the drink was served in a tall glass and then frosted by stirring with a spoon. Later, the preparation of the daiquiri changed, and it was mixed in a shaker with shaved ice. Calories: 236kcal | Carbohydrates: 28g | Protein: 1g | Fat: 1g | Sugar: 20g | Proof: 25% vol
Have you tried the cocktail?Share it with us on Instagram by tagging us! @Alcipedia or with the hashtag #Alcipedia!
Share on Facebook Share by e-mail

Tips for the preparation of the frozen daiquiri

You can also add other ingredients like strawberries, bananas, or mango. It just makes it taste fruitier and a little less sour.

Which rum should you use?

As already noted in the list of ingredients, white rum is the right choice here. I recommend the Havana Club. The clear, white color of this rum is not the only thing that speaks in favor of it. It is also used in the preparation of most cocktails.

How much ice do you need for the Frozen Daiquiri?

Since the cup must be half full of crushed ice, you will need at least 6 ice cubes to crush. But you can also make it easier for yourself by buying ready-made crushed ice.

What are the variations of the Daiquiri?

In addition to the Frozen Daiquiri, the fruity variations are particularly noteworthy. These include Mango Daiquiri, Strawberry Daiquiri, Banana Daiquiri, and Basil Daiquiri. Another variant is the El Floridita, which contains maraschino liqueur.

Leon is a food blogger, nutritionist, and passionate cocktail nerd. He loves trying out new cocktails and sharing his creations. Jonas is also one of the founders and part of the editorial team of Alcipedia.com.
Mehr über: Leon Zeschke | Webseite
Post Tags: #Crushed Ice#Lime#Lime juice#Sugar#White rum
Share:   Facebook Whatsapp E-Mail