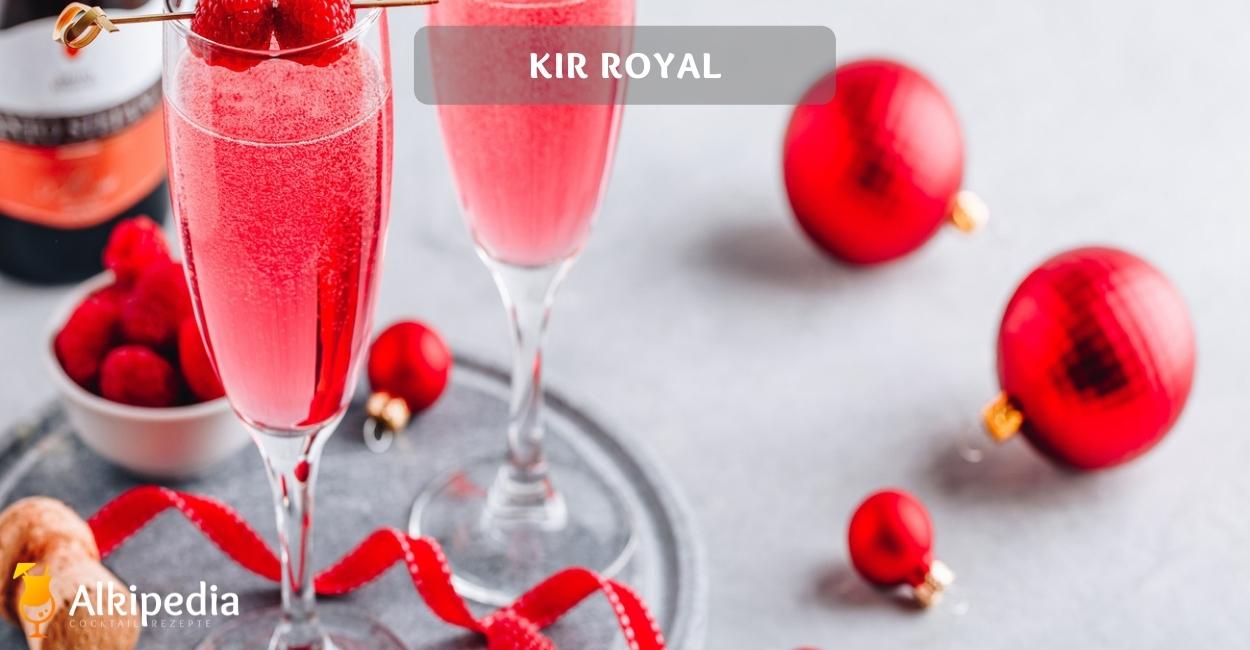 Kir Royal – The elegant classic among the apéritifs

The right cocktail is a must for any festive occasion. You can’t go wrong here with a Kir Royal. This drink is an absolute classic among the apéritifs and impresses with its elegant and simple style.

Whether as a toast at a New Year’s party or a regular party, the Kir Royal is just the right thing. The ingredient that makes this drink so special is champagne. In addition to currant liqueur, it ensures a tingling and tangy taste.

The Kir Royal is the perfect cocktail for beginners, due to its few ingredients and easy preparation. This classic can be easily mixed at home.

Where does the Kir Royal come from?

The Kir was named after the gunner and mayor of Dijon. His name was Felix Kir, and he was responsible for the distribution of the drink at the beginning of the 20th century. The currants from the region were mainly used for the making of the Kir. A few variations developed with its increased popularity. At some point, the Kir Royal was born.

It took a while for the drink to spread outside of France. It wasn’t until the 1980s that the Kir Royal became popular in Germany. The cocktail quickly became a trendy drink, especially in southern Germany. Nowadays, the name Kir stands not only for one, but a whole range of drinks, including the Kir Royal. 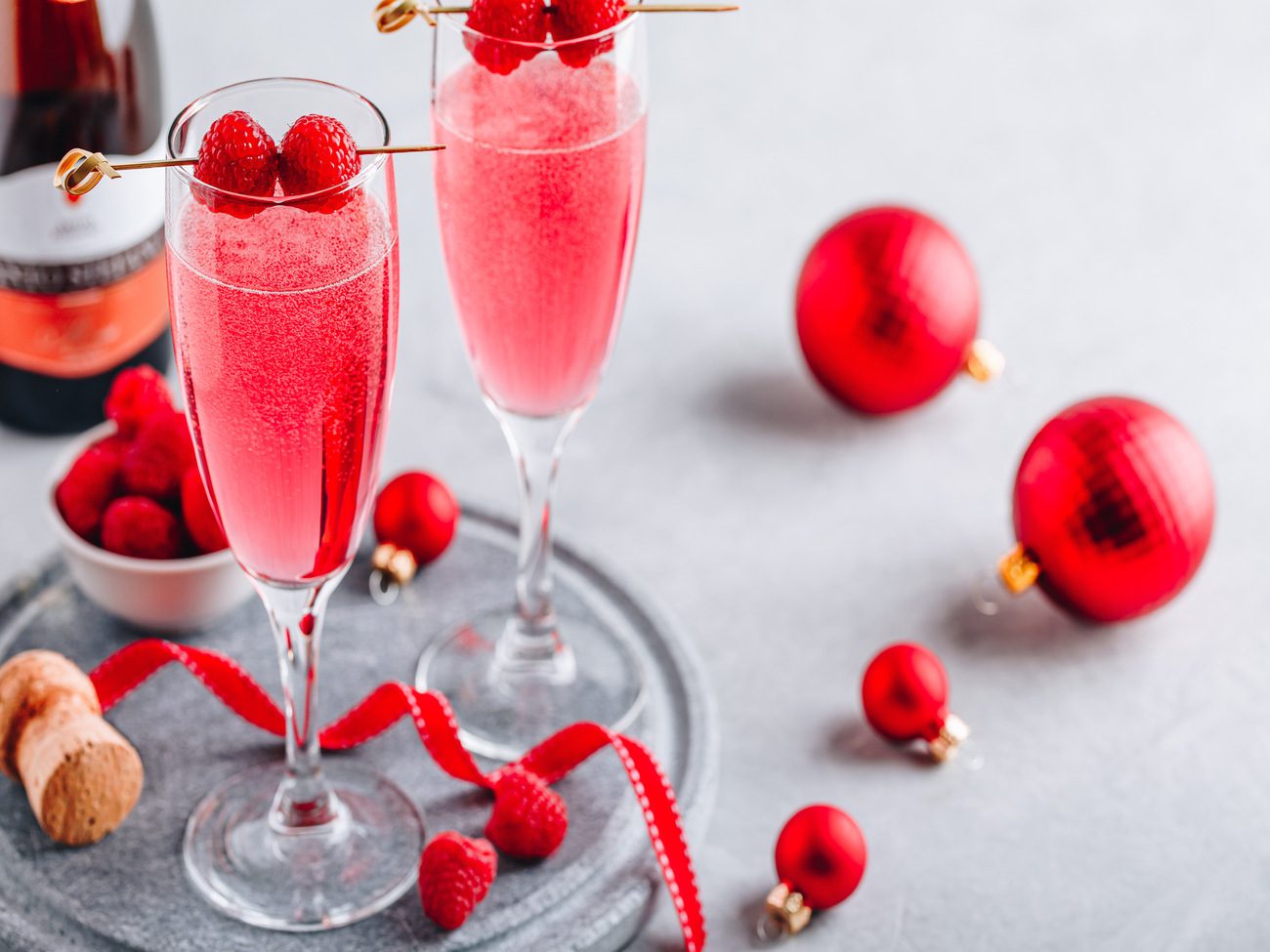 5 from 1 vote
Easy to prepare with just a few ingredients, the Kir Royal shines with its elegant and simple style. This makes it perfect for festivities. It is one of the classics among the apéritifs due to its sweet and fruity taste.
Print Save for later
Preparation time: 1 minute
Mixing time: 2 minutes
Total time: 3 minutes
Category: Aperitif, Classic, Longdrink
Origin: French
Keywords: Champagne, Crème de Cassis
Servings: 1 Cocktail
Calories: 113kcal
Author: Leon Zeschke

Serving: 1Cocktail | Calories: 113kcal | Carbohydrates: 9g | Protein: 1g | Sugar: 9g | Proof: 9.6% vol
Have you tried the cocktail?Share it with us on Instagram by tagging us! @Alcipedia or with the hashtag #Alcipedia!
Share on Facebook Share by e-mail

Tips for preparing the Kir royal

It doesn’t have to be champagne. You can also use sparkling wine and if you don’t like carbonation at all, you can use white wine. Then your drink becomes a Kir, which doesn’t taste that different. In the original recipe, however, champagne is an important ingredient in the cocktail.

Blackberry or raspberry also looks good in this drink. After you have mixed the drink, you can simply add it to the champagne glass. Even though some places serve it like that, the Kir Royal is usually served without decoration.

If you want to, you can stir the drink to mix the ingredients and have an even flavor. But many prefer to let the crème de cassis stay at the bottom of the glass. That makes the cocktail get sweeter with every sip, which many like.

The three most common questions about Kir Royal

Why is it called Kir Royal?

The Kir Royal is based on the Kir Cocktail, which was named after the mayor of the city which the drink originated from. It was named after him since he helped spread the cocktail.

Where does crème de cassis come from?

Crème de cassis is nothing more than a blackcurrant liqueur. It is mainly used in the preparation of cocktails. One of those cocktails is the Kir, which, just like the Crème de cassis, originated in Dijon, a city in France. Many currants are harvested in this city, which means that many products made with currants come from there.

How do you drink crème de cassis?

It is best drunk neat, slightly chilled, or on ice. This is the best way to let this liqueur develop its fruity and bitter taste. The crème de cassis is now ubiquitous in French cuisine. It is not yet as strongly represented in Germany as in France.

Leon is a food blogger, nutritionist, and passionate cocktail nerd. He loves trying out new cocktails and sharing his creations. Jonas is also one of the founders and part of the editorial team of Alcipedia.com.
Mehr über: Leon Zeschke | Webseite
Post Tags: #Champagne#Crème de Cassis
Share:   Facebook Whatsapp E-Mail