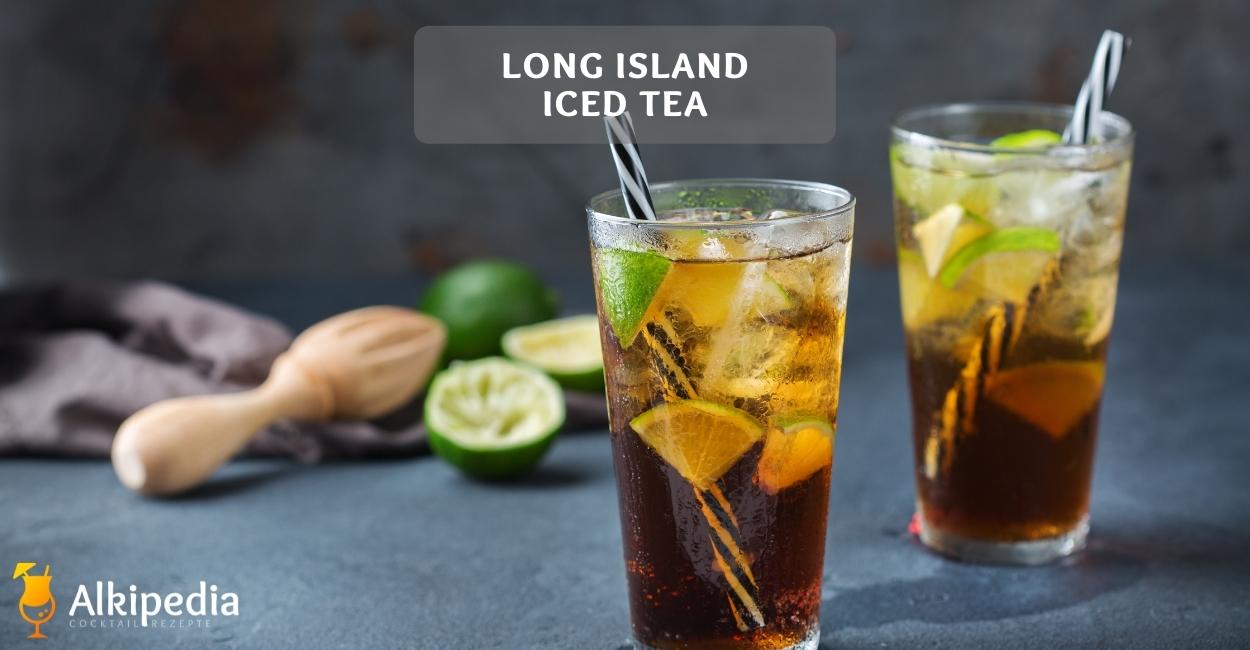 An innocent iced tea? As if! Once you’ve drunk half a glass, you’ll notice that the Long Island Iced Tea is anything but innocent. And that it doesn’t actually contain any tea, but rather consists of five different spirits.

Here you can learn more about Long Island Iced Tea, where it comes from, and how to prepare and drink it properly.

Where does Long Island Iced Tea come from?

Several legends are surrounding the Long Island Iced Tea. The palatable cocktail is said to have been invented in the United States during Prohibition. With its inconspicuous appearance, it could hide the fact that it was a high-proof drink instead of an innocent iced tea.

Some, however, claim that this long drink is the alcoholic escapade of a bored housewife from the posh New York suburb of Long Island. In order to not arouse her husband’s suspicion and to get away scot-free, she allegedly took a small amount from every bottle in the bar cabinet.

The drink was first served in bars in the 1970s, on Long Island. The reason for the invention was the fact that young people in particular shunned the whiskey sours served at festive events and yearned for a modern cocktail.

Today, there are quite a few variations of the popular cocktail. Not all five spirits (vodka, rum, gin, tequila, triple sec) are used every time. People also like to use a citrus liqueur or a non-alcoholic drink with a lime flavor instead of sugar syrup and citrus juice. 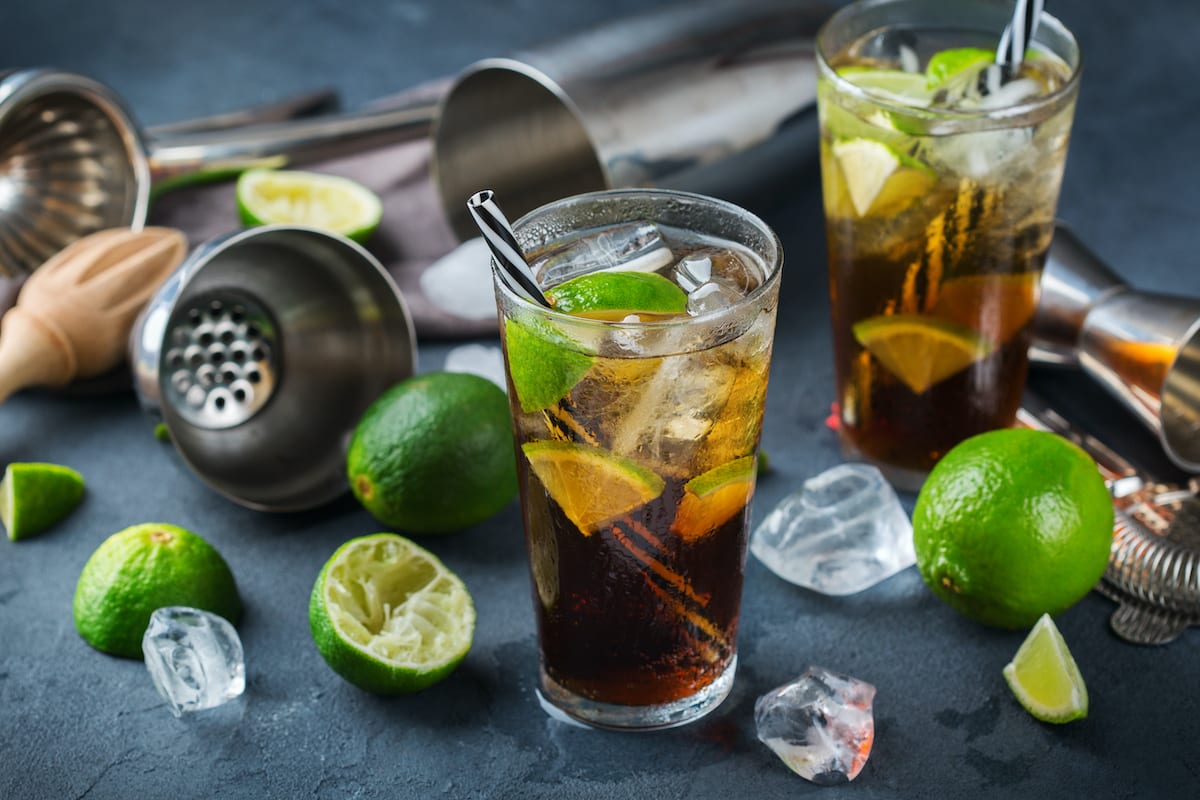 Serving: 1Cocktail | Calories: 354kcal | Carbohydrates: 36g | Protein: 1g | Fat: 1g | Sugar: 29g | Proof: 18% vol
Have you tried the cocktail?Share it with us on Instagram by tagging us! @Alcipedia or with the hashtag #Alcipedia!
Share on Facebook Share by e-mail

The preparation of the Long Island Iced Tea is easy — one of the reasons why the drink is so popular. You don’t have to use all five spirits either.

The great thing about this cocktail is that nothing can go wrong with the preparation and the drink can be drunk in all its different variations. The important thing is that you keep the mixing ratio and take the same amount of each spirit.

How high is the alcohol percentage of the Long Island Iced Tea?

The Long Island Iced Tea is regularly at the top of the strongest cocktails list. It has an alcohol content of around 32%.

What glass is used for a Long Island Iced Tea?

This cocktail is one of those drinks that you just can’t get enough of. Before you know it, the only thing left in the glass is the ice. So more Long Island Iced Tea is definitely better than less. This is why this delicious drink belongs in a highball glass.

You can fill it up with as much cola as you want — if you want to use a little more cola, the capacity of an ordinary tumbler is not enough.

Nobody knows that for sure. However, it is proven that the Long Island Iced Tea really does come from Long Island. In addition to the nameless, but very innovative housewife, the bartender Robert Butt is also mentioned as the inventor of the cocktail.

In 1972, he entered a cocktail competition. The only condition was that the drink had to contain Triple Sec. And why is the Long Island Iced Tea called that way, even though it has nothing to do with iced tea? The drink simply looks confusingly similar to iced tea.