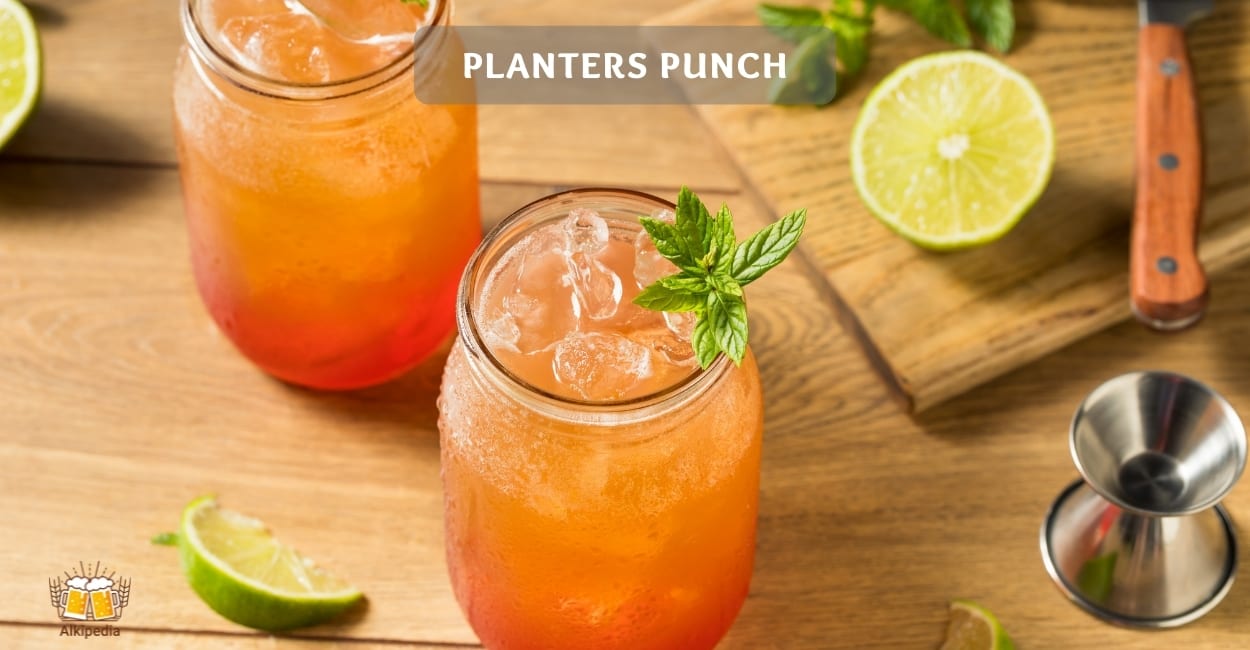 Planters Punch – the scent of the Caribbean

Planters Punch is a cocktail with a great history, and it will probably always have a special place in the line of famous drinks. Every Planters Punch is a short trip to the Caribbean, and the taste buds cheer in the carry-on. Rightfully so.

This cocktail is a real classic and, at the same time, as exciting as ever. And because it is so popular, it has always inspired its fans to create new recipe variations. So, it’s no wonder there is no standard recipe. One thing, however, is an absolute must for a Planters Punch: Caribbean rum – preferably a combination of dark and white rum.

The name Planters Punch takes us to the Caribbean Sea and India at the same time. There is a lot of evidence that suggests that the cocktail owes the first part of its name to the plantation owners, who cultivated sugar cane in the Caribbean region as a base for the production of rum.

For the term “punch” you will often find this explanation: In the Hindi language, the word “pāñč” stands for the number “five”. This corresponds to the number of ingredients originally used to mix Planters Punch: Lemon juice, sugar, rum, water, and a pinch of nutmeg. The English term “punch” developed from “pāñč” later on.

Punch and cocktail – one served hot, the other iced. Do they go together? Absolutely, because the use of the terms has changed fundamentally since the birth of the Planters Punch.

Today, punch usually refers to hot mixed drinks with alcohol. This was not always the case. Initially, punch stood for a wide range of drinks, while the word cocktail only covered a manageable group. It was not until the 20th century that the term cocktail became the general term for alcoholic mixed drinks.

In September 1878, a recipe for Planters Punch was first published in a London weekly. It sums up, better than its following variations, the generally accepted basic components of a cocktail:

Tips for maximum flavor  → When you freshly squeeze the juices, they can develop their flavor better. → As in one of many recipe variations, you can also use cherry juice instead of grenadine. → In addition to cocktail cherries, fresh fruits like pineapples or oranges are recommended as decoration.

Calories: 247kcal | Carbohydrates: 27g | Protein: 1g | Fat: 1g | Sugar: 19g | Proof: 9.6% vol
Have you tried the cocktail?Share it with us on Instagram by tagging us! @Alcipedia or with the hashtag #Alcipedia!
Share on Facebook Share by e-mail

Where does the name of the Planter Punch come from?

It is believed that “Planters” goes back to those who operated or were employed on sugar cane plantations in Caribbean countries.

Is there a universal standard recipe for Planter’s Punch?

No, this cocktail has always inspired new recipe variations over the course of its long success story. But there is a generally accepted rule of thumb for its preparation: one part sour (lemon or lime juice), two parts sweet (sugar syrup, for example, grenadine), three parts strong (rum), and four parts weak (water, preferably carbonated water to fill up the glass).