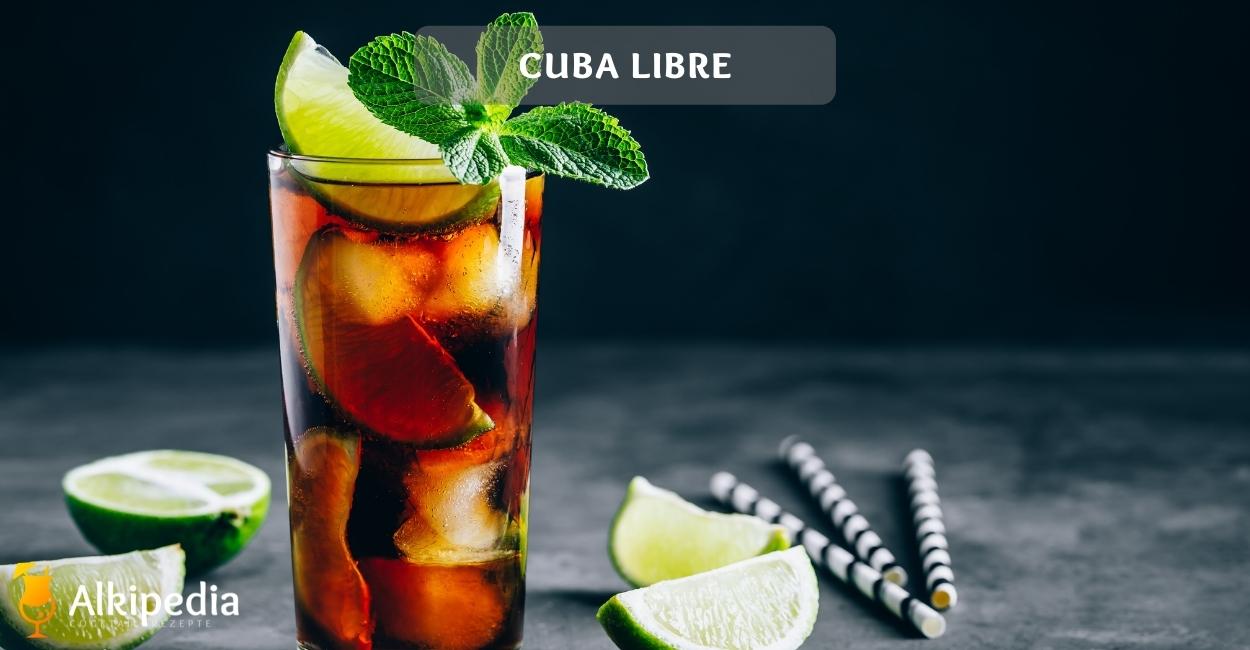 The Cuba Libre is not only one of the world’s most famous cocktails but also among the most popular ones. It is enjoyed by both cocktail beginners and enthusiasts alike.

But what makes this rum cocktail, which can be found on every standard cocktail menu, so popular? Today we’re going to get to the bottom of it.

The delicious cocktail allegedly got its name and recipe around 1900 after the liberation of Cuba and the cry “Viva la Cuba libre!” or “Long live free Cuba!”.

American soldiers are said to have celebrated their success after the end of the Spanish-American War with a mixture of limes, rum, and self-imported Coca-Cola. However, Cuba was not really free, as the country was then under American rule.

The Cuba Libre only spread to Europe after the Second World War and became popular through the song by The Andrews Sisters “Rum and Coca-Cola”. What differentiates it from the long drink Rum-Cola is the added lime juice.

Features of the Cuba Libre

The Cuba Libre is not a cocktail, but also a long drink because it contains only one type of spirit. Still, with its sour-sweet taste and easy preparation, it is no longer possible to imagine a cocktail selection without it.

It is important, as with any good cocktail, to pay attention to high-quality ingredients — whether it’s rum, cola, or even the choice of limes, preferably of organic quality. Even though white rum is most often used for this drink due to its milder taste, you can definitely try it with some dark rum.

The rum gets its color from the duration of the storage — the longer the storage time, the darker the color.

Calories: 159kcal | Carbohydrates: 19g | Protein: 1g | Fat: 1g | Sugar: 12g | Proof: 11% vol
Have you tried the cocktail?Share it with us on Instagram by tagging us! @Alcipedia or with the hashtag #Alcipedia!
Share on Facebook Share by e-mail

Tips for the preparation

You can add a little brown cane sugar for some extra sweetness. If you’re feeling experimental or don’t like lime juice, you can try lemon or orange as an alternative.

Which type of rum is best for the Cuba Libre?

For a traditional Cuba Libre, it’s best to use a mild-flavored white rum.

Which cola should I use?

Many types and brands of cola have different flavors. To not make the drink taste too sweet, you should choose a cola variety with high herbal content.

How can I prepare a non-alcoholic Cuba Libre?

To enjoy your Cuba Libre alcohol-free, use rum syrup from a well-stocked specialty store instead of the real rum.

Leon is a food blogger, nutritionist, and passionate cocktail nerd. He loves trying out new cocktails and sharing his creations. Jonas is also one of the founders and part of the editorial team of Alcipedia.com.
Mehr über: Leon Zeschke | Webseite
Post Tags: #Cola#Ice cubes#Lime#White rum
Share:   Facebook Whatsapp E-Mail