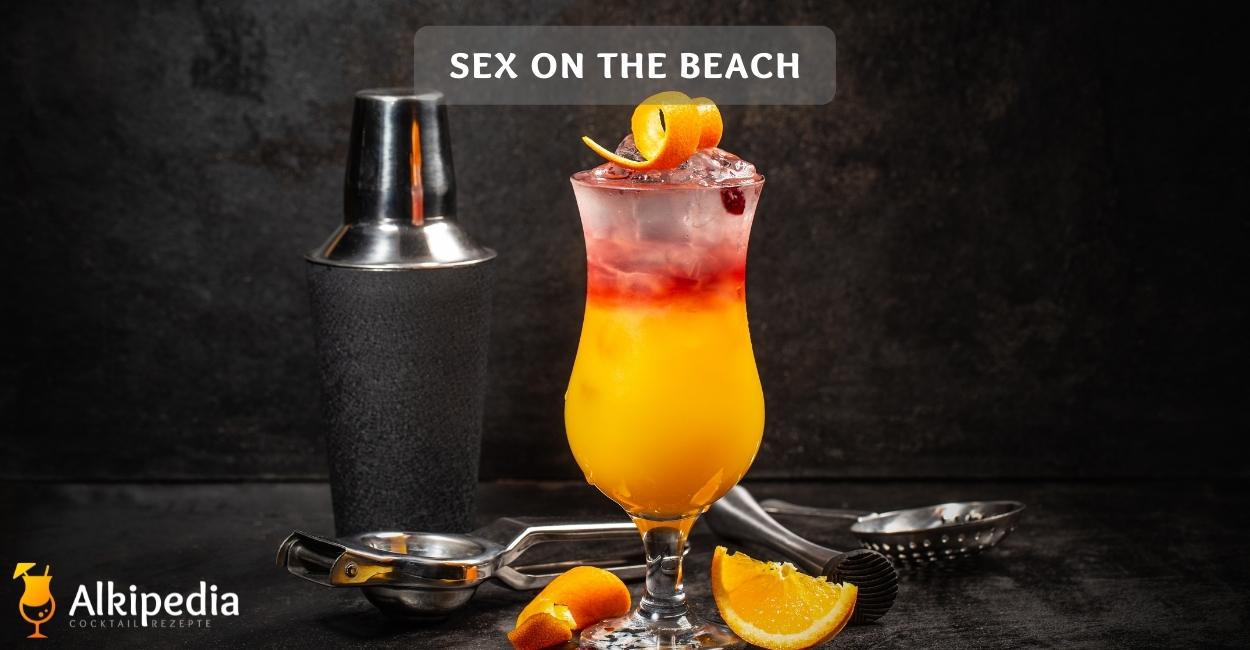 Sex on the Beach — An east coast classic

Fruity peach, sour cranberries, and ice-cold vodka. These exquisite ingredients combine to create one of the most popular cocktails of our time: the Sex on the Beach — it tastes like long nights filled with dancing, white beaches, and passionate adventures.

The history of the cocktail classic goes back to the late 1980s. But who invented the cocktail, and what makes it so popular to this day?

The legend behind the drink

According to legend, it all started in the late 80s in the land of opportunity. In the party capital of Florida, on the east coast of the USA, thousands of young people celebrate the so-called Spring Break every year.

At what is probably the most famous party in the world, there’s an unlimited amount of alcohol for two weeks. And it just so happened that in 1987 a spirits manufacturer launched a new peach liqueur.

In search of the perfect marketing concept for the promising new product, the company announces a competition with a prize of 1000 dollars for the bar that sells the highest quantity of the peach liqueur. In addition to that, the bartender with the best marketing idea will receive $100 in cash.

He was young and needed the money

At that time, there was a young, motivated bartender working at the Confetti’s Bar called Ted Pizio. With the ambition to win the prize money of 100 dollars, the young man mixes a cocktail from the peach liqueur, vodka, orange juice and grenadine on the spot and lets his guests test it.

The guests are impressed by the new creation. When asked about the name of the new drink, Pizio takes inspiration from Spring Break and names his cocktail sex and the beach.

A classic is born

Sex on the Beach became a real cocktail classic. With its tropical-sweet taste, it is still reminiscent of a hot summer night under the Florida sky.

But is there really any truth to the legend? Of course, the truth is difficult to verify.

Rumors circulate that the peach liqueur was already launched in 1979 in the USA. Other bartenders claim to have offered the cocktail to their guests as early as 1981. But one thing is clear: Its provocative name led to the fact that the drink spread very quickly throughout the formerly prudish America.

One cocktail — a thousand variations

After the Spring break season ended, Sex on the Beach continued to be quite popular and spread throughout the country. Of course, each bartender gives their Sex on the Beach an individual touch. This explains why there are so many variations of the cocktail.

But what makes it a good Sex on the Beach?

The Sex on the Beach has a fruity-sweet and tart flavor and belongs in the group of New England Highballs. The original recipe from the USA consists of cranberry nectar, vodka, peach liqueur, and orange juice.

Starting from the USA, the cocktail spread all over the world, and different variations arose since cranberry nectar was usually difficult to find outside the USA in the 80s. The variations are prepared with other juices and sometimes other spirits.

To mix a classic Sex on the Beach, we use vodka as a base and combine it with peach liqueur, orange juice, and cranberry juice.

It’s better not to use too much syrup because a good Sex on the Beach is only moderately sweet, allowing you to taste each individual ingredient. The peach liqueur gives the cocktail its fine, fruity aroma, rounded off with sour cranberry notes.

Sex on the beach

Tip: Always serve the cocktail ice-cold to your guests and try out different ingredients to give it a personal touch.

Calories: 275kcal | Carbohydrates: 25g | Protein: 1g | Fat: 1g | Sugar: 24g | Proof: 10.8% vol
Have you tried the cocktail?Share it with us on Instagram by tagging us! @Alcipedia or with the hashtag #Alcipedia!
Share on Facebook Share by e-mail
Über Leon Zeschke |

Leon is a food blogger, nutritionist, and passionate cocktail nerd. He loves trying out new cocktails and sharing his creations. Jonas is also one of the founders and part of the editorial team of Alcipedia.com.
Mehr über: Leon Zeschke | Webseite
Post Tags: #Cranberry juice#Orange juice#Peach liqueur#vodka
Share:   Facebook Whatsapp E-Mail